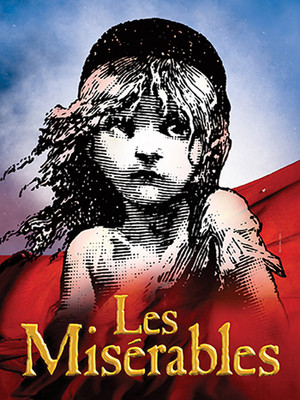 A les mis for the 21st century

Hear the people sing once more as the international phenomenon heads out on its first UK tour in over a decade. Now boasting a spectacular new staging, don't miss the legendary musical as it celebrates over three decades of astounding audiences - the number of which is now estimated to be in the 100 of millions.

Let Les Miserables sweep you too through its epic tale of passion and destruction, set against the backdrop of a nation in tumult.

Including the songs "Who Am I", "A Little Fall of Rain", "One Day More", "Bring Him Home" and, one of the most famous songs to come from the West End, "I Dreamed a Dream", Les Miz, the musical actually started out as a French-language concept album. The first musical-stage adaptation of Les Mis was presented at the Palais des Sports, in 1980.

It was not until 1983 that producer Cameron Mackintosh received a copy of the French concept album from director Peter Farago. Two years later, Les Miserables took to the Barbican stage, and the rest, as they say, is history. The stage musical also inspired a live-action musical film in 2012, starring Hugh Jackman, Russell Crowe, and Anne Hathaway in her Oscar-winning role as the doomed Fantine.

What is the story?

Jean Valjean is released from prison after almost 20 years in captivity for stealing a loaf of bread, soon after, he breaks his parole and flees to start a new life free of crime. Eight years later, he has worked hard to give himself a better standing in life. However, none of his endeavours impress his embittered parole-officer - the bloody-minded Javert - who will stop at nothing to see Valjean behind bars once again.

Like her father, Valjean's beautiful adopted daughter, Cosette, has to fight for what she wants in life when she falls in love with Marius, a student who has joined the burgeoning fight for justice in the streets of Paris. Will their love be enough to save him from disaster at the barricade?

Sound good to you? Share this page on social media and let your friends know about Les Miserables at Glasgow Theatre Royal.