Sorry! You missed The Snowman at Glasgow Theatre Royal 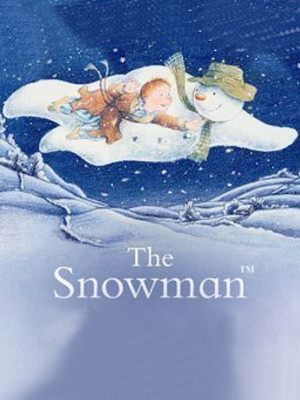 It is the best kids show in the UK for Christmas by far!

Why See The Snowman?

Don't miss this magical live stage adaptation of Raymond Brigg's best-loved children's cartoon! On a cold winter's night, a young boy gets the surprise of his life, when the snowman that he built that day magically comes to life! Together they embark on a wondrous adventure and escape peril by the troublesome Jack Frost. A must-see for youngsters and adults alike, this will relight your Christmas spirit! Cemented as one of London's best Christmas traditions, this production makes use of a live orchestra, singing and charming choreography. Including the haunting "Walking in the Air", the show re-imagines Briggs' book and subsequent film for new audiences and old, without losing any of the original charm.

WHAT IS THE SNOWMAN ABOUT?

Waking up to a thick blanket of snow outside, a young boy named James rushes downstairs and into the garden, where he begins to build a snowman. After a fun-filled and exhausting day, he goes to bed, unaware of the adventure that awaits at the stroke of midnight...

After a fitful sleep, James wakes up and decides to check up on his snowman. Opening the back door, he can't believe his eyes as his creation has magically come to life! Watch spellbound as The Snowman and James literally fly through the night sky above you, escape the clutches of the evil Jack Frost, before attending a party with the big man himself - Father Christmas - and other snowmen, not to mention those comical penguins!

The Snowman is suitable for all children aged two and upwards, this is a captivating mix of dance, stagecraft and music from a live orchestra.

One hour 45 minutes with one intermission

Dance, music and storytelling meet in a magical tale about the titular snowman and the boy who builds him

The Snowman is in its 18th magical year and continues to delight young and old with its heartfelt story. Here's what the Theatreland kids have to say!

We took a 3 year old boy and 5 year old girl to see The Snowman in December... more

Myself & my Mum took my 6 year old and 2 year old daughters to this show... more

Sound good to you? Share this page on social media and let your friends know about The Snowman at Glasgow Theatre Royal.