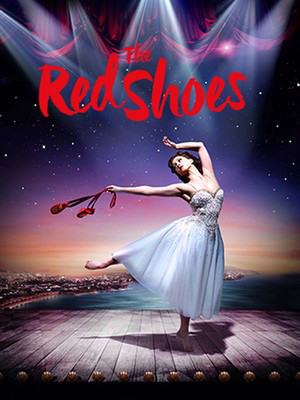 A feast for the eye. The Red Shoes will be dancing for years to come

A ballet to remember

Following a stunning premiere back in 2016 Matthew Bourne's Olivier award-winning The Red Shoes has hit the road in a brand new tour. Based on the 1948 Powell and Pressburger film, which is in turn based on the tragic fairytale by Hans Christian Anderson, The Red Shoes is the story of a talented young dancer who finds herself torn between love and her career, with heartbreaking consequences.

This electrifying production reunited Bourne with some of his frequent collaborators; Lez Brotherston, lighting designer Paule Constable and sound designer Paul Groothuis. The brand-new score has been arranged by Terry Davies, from music by Bernard Herrmann.

Telling the story of a hopeful young dancer who hopes to make it into ballet legend, The Red Shoes draws parallels with the Hans Christian Anderson fairytale of the same name. Determined to be a star, Victoria is coached by the demanding impresario Boris Lermontov, who pushes her forward at every turn, eventually becoming possessive and jealous of her. When Victoria falls in love with the company composer, she is forced into an impossible position, which leads to heart-breaking and eerie tragedy.

One hour and 56 minutes

Seen Matthew Bourne's The Red Shoes? Loved it? Hated it?

Sound good to you? Share this page on social media and let your friends know about Matthew Bourne's The Red Shoes at Kings Theatre Glasgow.