Sorry! You missed Motown - The Musical at Kings Theatre 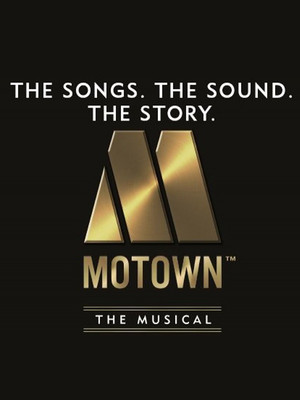 May just be the ultimate jukebox musical

Why See Motown - The Musical?

Motown's magic will move the UK!

The story of the label that changed music - and the world! Motown was nominated for four Tonys and spawned a North American tour which is still going to this day. A sensation when it opened on Broadway and in the West End too, Motown now takes on the rest of the UK!

Adapted by label founder Berry Gordy from his own autobiography To Be Loved, this dazzling show takes the audience on a colourful, mile-a-minute musical odyssey, with the talented cast playing everyone from The Supremes to The Jackson 5. The score contains over 50 of the label's best known tunes, including Ain't No Mountain High Enough, ABC, Stop! In the Name of Love, The Tears of A Clown, You've Really Got A Hold On Me and many, many more.

What is Motown About?

Motown has been home to some of the most illustrious artists of all time, from Stevie Wonder to Diana Ross, but the label's importance is far greater than the music alone. Founded in 1959 by Berry Gordy, Motown challenged America's cultural and racial attitudes, helping to unite a divided nation during a tumultuous time in its history. Gordy guides you through Motown's (and his own personal) history, ably soundtracked by the label's roster of iconic acts.

Berry Gordy nearly turned down the Jackson Five, because he didn't want to work with kids. It was Gladys Knight who eventually persuaded him to sign them, a year later!

Two hours and 30 minutes with one interval

Images are from the Broadway production

Those that are in it for the music will be left feeling very satisfied!

You can tell Motown - The Musical has had a lot of time to practise before its West End debut. It was on Broadway for almost two years, it's currently on its second US-wide tour, and is due to return to Broadway later this year. This well-oiled jukebox m

My husband and I saw Motown and loved it. The music and tribute acts were... more

Sound good to you? Share this page on social media and let your friends know about Motown - The Musical at Kings Theatre.